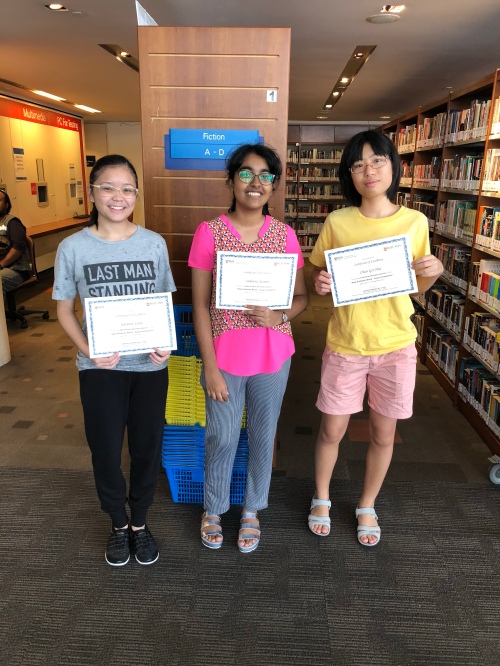 It is one week after World Antibiotic Awareness Week. Nonetheless, raising awareness of antibiotics and antimicrobial resistance is an ongoing process, and the team led by Dr Clarence Tam from the Saw Swee Hock School of Public Health set up their stations at Marine Parade Public Library this weekend. The library did not see as […]

While the first prize was the JC/Polytechnic section was deservedly awarded to Mstr Fong Khi Yung from Raffles Institution, for his work of futuristic fiction. More by the microscopic than the colossal On some evenings, I walk through the expressionless countryside fields undulating in the wind, gazing up at the crimson heavens and golden sunset […]

And the top prize for the Post-Antibiotic World Essay Competition goes to Chan Ger Hui. Well-deserved! A Post-Antibiotic World It all started with one small holiday And one very small spore. Stray fungi growing on a petri dish Was soon to be so much more. Remember for this discovery Fleming— But forget not Florey, Chain, […]

This clearly written effort from Suhaina Yasmin of Tanjong Katong Girls’ School netted her the second prize in our Post-Antibiotic World Essay Competition. One of our judges was deeply impressed and persuaded the other two to revise their scores! The War Between Man and Mutant Along with other crises of the world like terrorism and […]

The second prize for the JC/Polytechnic section was deservedly awarded to Mstr Brian Tan from Hwa Chong Institution for his educational work of fiction. Blood Blood. So much blood. At first, it wasn’t obvious. In retrospect, maybe I was too negligent. Negligent of the tiny details, negligent of the little indicators that something was wrong. […]

This excellent technical essay (except for the part where I was quoted!) by Mstr Quek Sze Yang from Ngee Ann Polytechnic was awarded one of the two Merit Awards by our judges. Post-Antibiotic World: The Antibiotic Apocalypse 1. Introduction A grim and dreadful future is looming – a future where one of the most widely […]

This essay by Mstr Aaron Chua from Raffles Institution was awarded one of the two Merit Awards by our judges. “Post-Antibiotic World” I was born in 2007, the decade before antibiotics failed us. Living in a HDB apartment, going to the pre-school at my void deck, and then attending a primary school in my neighbourhood, […]

This reflective essay by Ms Julianne Jessica Talens Leow from Tanjong Katong Girls’ School was awarded one of the two Merit Awards by our judges. Antibiotic Resistance, Paralysis, and Stewardship: The Walking Ecosphere’s Destiny I read the headline many times over: “FDA (United States Food and Drug Administration) Fails to Protect Against Antibiotic Resistance, Guarantees […]

This poem by Mstr Asher Yeo from Dunman High was awarded one of the two Merit Awards by our judges. Post-Antibiotic World Poem Antibiotics, We have been relying on them for decades, They have been the main solution, To kill bacteria or inhibit the growth of bacteria, To cure the numerous diseases that we contract, […]

The Antibiotic Resistance: How It Affects Us Video Contest jointly organized by the Saw Swee Hock School of Public Health and Ngee Ann Polytechnic took place between 1st June and 30th September 2017. Because there were just 11 video submissions and the quality from both Secondary School and Junior College/Polytechnic work was comparable, we collapsed both sections and […]