This year’s commemoration – which aims to raise awareness of both antibiotics and antibiotic resistance – will end tomorrow. The World Health Organization (WHO) and many countries use World Antibiotic Awareness Week (WAAW) to highlight “best practices among the general public, health workers and policy makers to help stop the further emergence and spread of […]

There are a series of clinical trials published this year that challenge long-held notions in the treatment of infectious diseases. When I was a trainee, we routinely prescribe high-dose intravenous antibiotics for prolonged periods of 4 to 6 weeks for infective endocarditis (infection of the heart valves), because the conventional understanding was that high concentrations […]

In 2008, a few colleagues and I wrote a position paper on antibiotic use and antimicrobial resistance in Singapore, making a number of recommendations which we felt would be important to improve antibiotic use and mitigate the threat of antimicrobial resistance here. Those were not particularly controversial recommendations, and reflected the thinking of the international […]

A belated post on the announcement on 9th July that UK will be testing a subscription model for antibiotics that hopes to encourage the pharmaceutical industry to develop new antibiotics in the future. The background to this is that – unlike most other drugs and medical devices – there is acknowledged market failure where antibiotics […]

A souvenir from a bright PhD student who had bought this off the counter at a pharmacy in a neighbouring country. When I did pharmacology in medical school decades ago, we were taught that this antibiotic was not commonly used because side effects (like antibiotic-associated diarrhea) were frequent. One would be hard pressed to find […]

The Institute of Tropical Medicine, Antwerp (Belgium) has been organizing annual colloquia since 1959. This year’s colloquium was on antibiotic resistance, and was held in Phnom Penh, Cambodia, from 5th to 7th December. I was fortunate enough to be invited for the event, which featured speakers from the ITM (naturally) as well as regional and […] 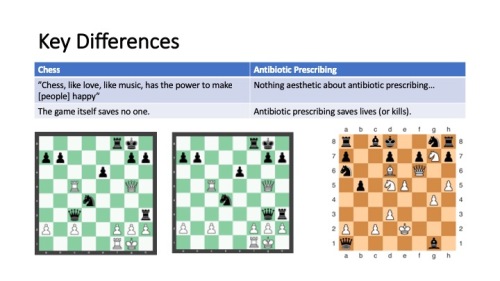 That was the talk request from the pharmacists involved in antibiotic stewardship at the Singapore General Hospital (SGH), and I agreed to it on a whim. Turned out to be quite challenging, because of course there is very little in common between prescribing antibiotics and playing chess! I was quite pleased to re-learn Dr Siegbert […]