I attended my first NUS Commencement last Sunday evening as one of the faculty for the School of Public Health. It was a joint commencement for both the old School of Medicine and the new School of Public Health, held at the University Cultural Centre. Everyone was dressed in antiquated-looking (but somehow impressive) academic gowns, and there was an overall charged atmosphere with lots of positive vibes. Lots of happy graduates with their families, friends and significant others. It felt unseemly to take photos from the stage but here are some shots from before the actual event. 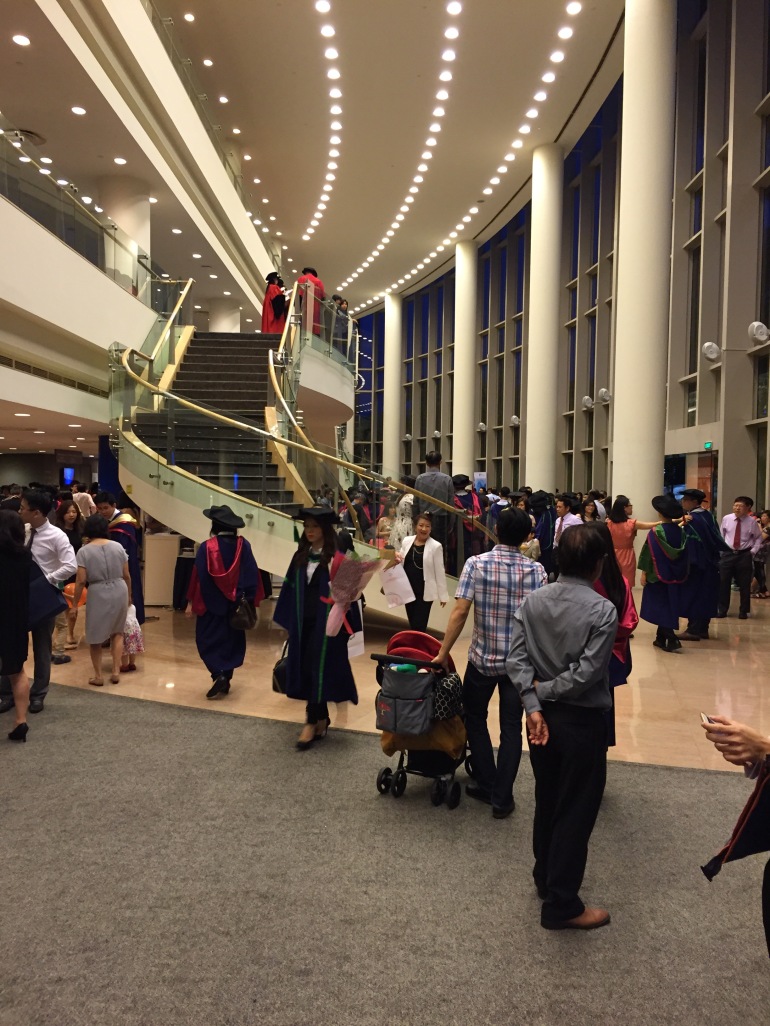 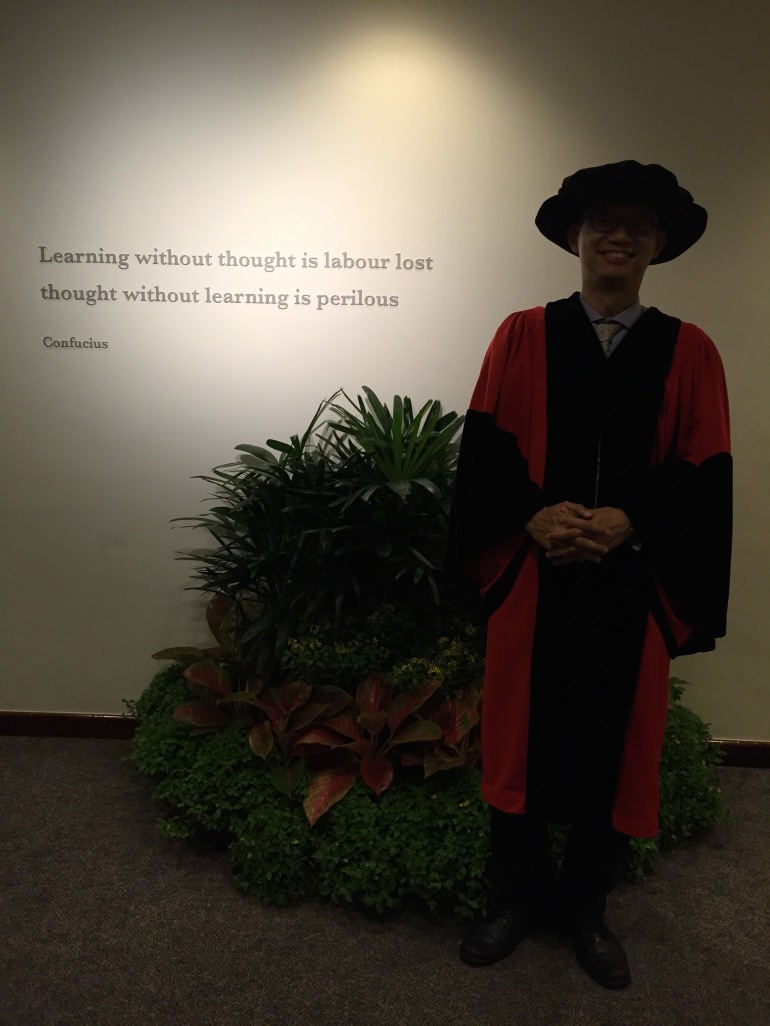 And here’s a shot of some of the distinguished dignitaries queuing up before entering the hall.

The commencement speaker and guest of honour, Prof David Koh, formerly head of the Department of Community, Occupational and Family Medicine (COFM – located at the medical school before it became the School of Public Health in 2011) and currently Assistant Vice-Chancellor and Vice-President (Research and Innovation) at PAPRSB Institute of Health Sciences at the Universiti Brunei Darussalam, gave an excellent speech.

One interesting statistic: there were only 3 Masters of Medicine (O&G) called on stage that night, as opposed to more than twice that number each of Masters of Medicine (Ophthalmology) and (ENT). It was also very nice to see the young doctor who attended to my daughter just after delivery receive her Master of Medicine (Paediatric Medicine) – all the best for your future career!

The final “event” before the NUS President closed the ceremony – the release of streamers and large numbers of balloons onto the crowd below – was also spectacular. The temptation to whip out the phone to catch a few choice shots was overwhelmingly great, but sense (or perhaps non-sense) prevailed.