We live in strange times: worsening weather, Brexit, President Trump. In the not-too-distant past, I would have estimated Russian ex-prodigy and super-grandmaster Sergey Karjakin’s chance of toppling world champion Magnus Carlsen as being close to zero. The former is ranked number 9 in terms of chess ratings (Carlsen has been number 1 for the past 6 years), has strong nerves and defends very well, but does not outclass Carlsen in any single aspect of the game.

After the US presidential election, I revised my estimates (although this is a classical “false association” – Brexit and Trump have nothing to do with chessplaying strength).

Indeed, after 7 draws in which the world champion missed wins uncharacteristically in Games 3 and 4 (and to be fair, escaped Game 5 by the skin of his teeth), Carlsen lost in Game 8. And what a loss – he overpressed to reach a lost position during the blitz phase of the game although Karjakin (understandably) failed to capitalize, reached a drawn position, but appeared to lose all objectivity as he rejected the draw, played a series of bad moves he would not normally have made, and lost. 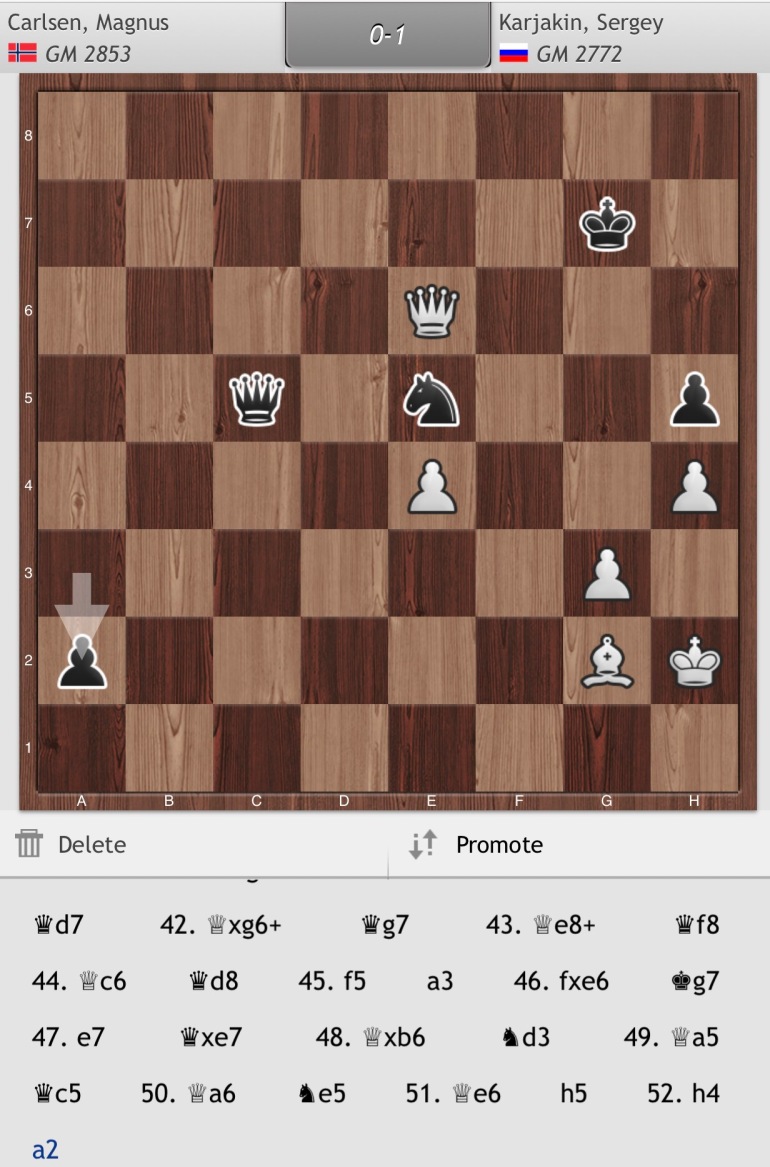 Screen capture of the final position in Game 8, where Carlsen faced either loss of the queen or checkmate.

The score now stands at 4.5-3.5 in favour of the challenger, with only 4 more games to go. It will be difficult for Carlsen to recover (he had never been behind in his earlier world championship matches against Anand), but I guess this situation is one of those where champions have the opportunity to show their mettle. We all remember Kasparov-Karpov 1987, Kramnik-Leko 2004, or even Lasker-Schlecter 1910, where each time the respective world champion had to win the final game against opponents known for tough uncompromising defense.