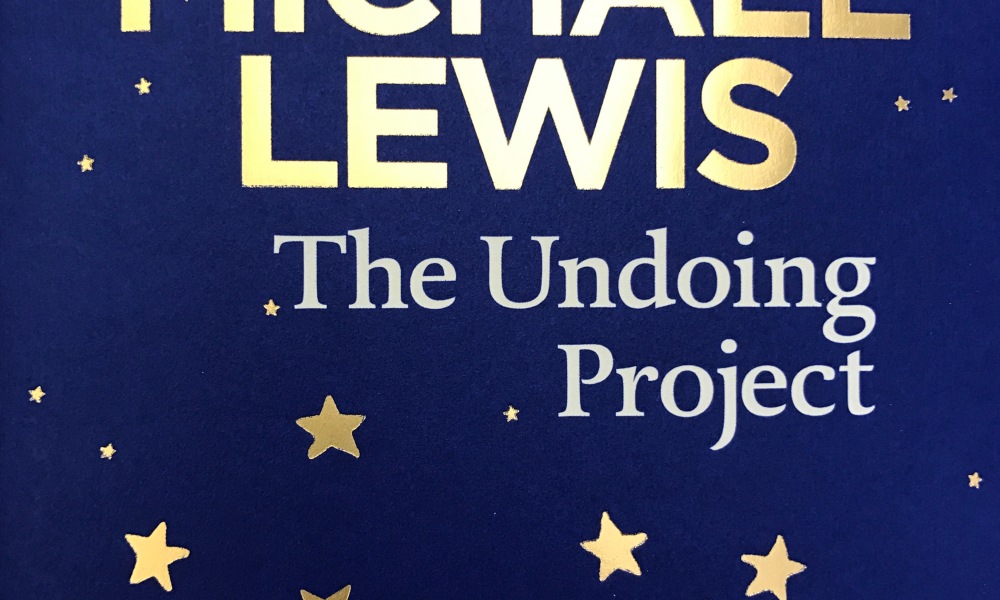 Only a single book, just before the holiday season.

Michael Lewis’ new book, which he spent close to a decade interviewing and researching, is about Daniel Kahneman and Amos Tversky’s work, and their special relationship. Their work – which continues to have tremendous and wide ranging practical implications – has helped us to understand some of the systematic flaws in human thinking and judgment, flowing inescapably into flawed and suboptimal decisions under certain common circumstances. Daniel Kahneman received a Nobel prize in economics in 2002 for this work; Amos Tversky had by then passed away from metastatic melanoma (Nobel prizes are not awarded posthumously).

I was particularly intrigued by their war experiences (both had served in the Israeli army, experiencing the Six Day War and Yom Kippur War) which probably served to ground a lot of their research in practical applications, as well as their – as described in the book – intense and close working relationship (closer and more productive than most marriages – even straining their own marriages). They could not (or would not) tease apart who had contributed which idea, and had tossed a coin to decide who would be the first author in the initial paper, alternating from thence subsequently. The very human story of this special relationship between two very different individuals, and how it eventually fell apart (and was partially repaired only when Tversky was diagnosed with cancer), is riveting all by itself.

But of course, it is their remarkable ideas and insights into human thinking that rightly take up somewhat more than half the book. How framing questions in term of losses or gains – even when resulting in the same endpoint – led to completely different decisions. How having irrelevant information added to a question created an illusion of representativeness that confuses our logic. The most famous of the latter is the “Linda question”:

“Linda is 31 years old, single, outspoken, and very bright. She majored in philosophy. As a student, she was deeply concerned with issues of discrimination and social justice, and also participated in anti-nuclear demonstrations.

Which is more probable?

I was also amazed at the amount of insight contributed by Tversky and Kahneman themselves directly into the medical field. This list includes but is not limited to:

All fascinating reading, even the original old papers. A good follow-up book to Daniel Kahneman’s own book “Thinking, Fast and Slow”.