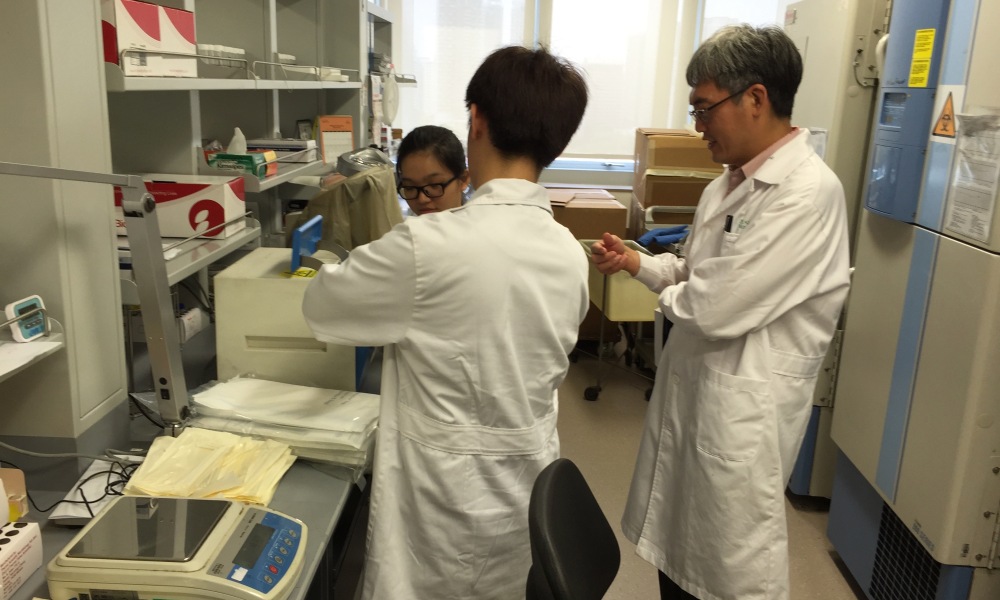 One of our little hobby projects – alluded to in my previous post on drug-resistant bugs in pork and beef – has finally been published in a local academic journal. There is quite a lot of published data on the presence of extended-spectrum beta-lactamase (ESBL)-producing Enterobacteriaceae in food animals, particularly chicken. What about in Singapore? We know that the majority of chicken meat sold in Singapore is from either Malaysia (especially fresh chilled chicken) or Brazil (frozen chicken). There are several different types of chicken sold locally, including the common broiler chicken (presumably fed with antibiotic growth promoters), black chicken (ayam cemani – believed to have medicinal properties – virtually all from Malaysia), “kampong chicken” (which is actually a separate breed of chicken from Malaysia rather than chicken that is raised in free range conditions), probiotic-fed chicken (which according to the website are not fed antibiotic growth promoters; also from Malaysia), various other antibiotic-free organic chickens including the blue-footed poulet de Bresse from France. Would it not be ideal to check out whether these various types of chicken carried ESBL-producing Enterobacteriaceae while at the same time getting to try out how they tasted?

As it turned out, we didn’t get to eat much of the chicken because of the laboratory processing required. But working with students from Ngee Ann polytechnic as well as the blogger from SGH Department of Microbiology, we purchased 19 raw chicken samples (from wet markets, supermarkets, and online shops) and 7 cooked chicken samples (from restaurants including KFC and some famous chicken rice stalls) and tested them for ESBL-producing Enterobacteriaceae carriage using previously published methods.

The project team at work processing raw chicken breast samples in the laboratory.

From this extremely small sample set, we were bemused to find ESBL-producing Enterobacteriaceae in 15 (78.9%) of the raw chicken, including virtually all (11 of 12) conventionally raised chicken and more than half (4 of 7) of the chicken that were labelled “antibiotic-free”. Unfortunately, the few probiotic-fed antibiotic-free chicken samples were all positive for ESBL-producing Enterobacteriaceae. One of two ayam cemani (black chicken) samples was free of these bacteria, as were both the antibiotic-free chicken samples imported from the USA. Thankfully, we were also not able to isolate these bacteria from the cooked chicken – including from those that were hanging in chicken rice stalls – but the sample size of 7 is really too small to make any conclusions beyond the fact that boiling and frying chicken appear to really cut down the drug-resistant bacterial load.

All ESBLs were from the CTX-M family of genes, which is by far the most common type of ESBL genes in Singapore and internationally. The ESBL-producing Enterobacteriaceae we isolated were also somewhat resistant to other antibiotics, including fluoroquinolones (29.6%) and aminoglycosides (14.8%). None however, were resistant to the carbapenems.

Naturally, the project was not designed to determine whether colonisation or contamination with ESBL-producing Enterobacteriaceae occurred at origin (i.e. source farms) or during any part of the journey of the chicken meat. Nonetheless. we did find that the majority of chicken meat was colonised by such bacteria at the point of sale, which is worrying despite the fact that cooking does reduce the rates of these drug-resistant bacteria.