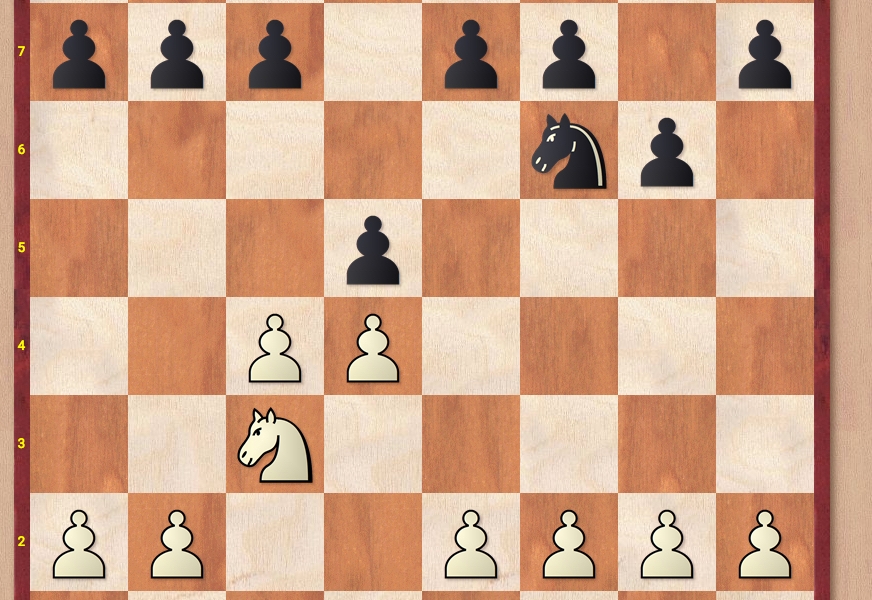 As mentioned in an earlier post, I played a series of 4 training games against international master (IM) Goh Wei Ming prior to his European trip. Most were interesting, and I thought I would try my hand at analysing chess games again. Many thanks to top local chess coach Junior Tay who took the trouble to convert this to View Chess (unfortunately it seems impossible to place a chess viewer into wordpress.com websites). So you can play through the game if you wish here. 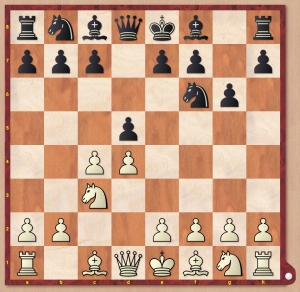 The Grunfeld remains one of Wei Ming’s main defences against 1.d4. He has scored many memorable wins, including one against top Chinese GM Li Chao. In the (distant) past, I used to play kingside fianchetto setups against the Grunfeld and King’s Indian Defence, but these have proven to be less than ideal against Wei Ming. After many games, I understood that for me to be able to put up a fight against him, I had to select positions where the plans and play were relatively clear-cut, where there was relatively less risk of a tactical melee developing, and where it was difficult for him to generate his usual “tension and pressure all over the board” style of play. 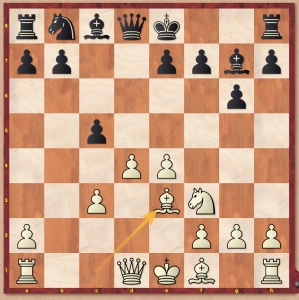 It turned out that the Exchange Variation with Nf3, for which one of the major proponents is former world champion Vladimir Kramnik, allowed me to play against Wei Ming on a more or less even footing. The reasons have more to do with our respective playing styles than with the objective worth of the variation itself, against which Black has many well-analysed paths to equality.

The most common move played here is 8….Qa5, after which there is the option of entering a queenless middlegame with 9.Qd2 Nc6 10.Rc1 (10.Rb1 is also popular) 10….cxd4 11.cxd4 Qxd2 12.Kxd2 0-0 13.d5 Rd8 14.Kc2 (or 14.Ke1) 14….Na5 15.Bg5. Our games in these endgames have not quite been to Wei Ming’s liking – essentially it is very hard for Black to play for a win if White makes sensible moves, and the risk of Black overpressing is high. Wei Ming has since turned to the rarer 8…Bg4 lines where his greater tactical and strategic vision might have more scope. But still, the resulting positions remain relatively easy for White to play.

A calculated risk that paid off.

I have played enough now to understand that White has to create the passed d-pawn sooner or later in such positions, where it will balance out the terrible pawn structure and Black’s active pieces. The Stockfish suggestion is 12.Rb1, which I considered during the game but instinctively rejected. After 12….a6 13.Rb7 Nc6 14.Bc4 0-0 15.0-0 Bxd4, we get the sort of position where the computer evaluation may be equal, but playing against Wei Ming over the board would be unequal.

14….Qxd2 15.Kxd2 leads to an equal endgame, but the chance of Wei Ming outplaying me from here is far less than after 12.Rb1, and I also understood that he was unlikely to trade queens here. 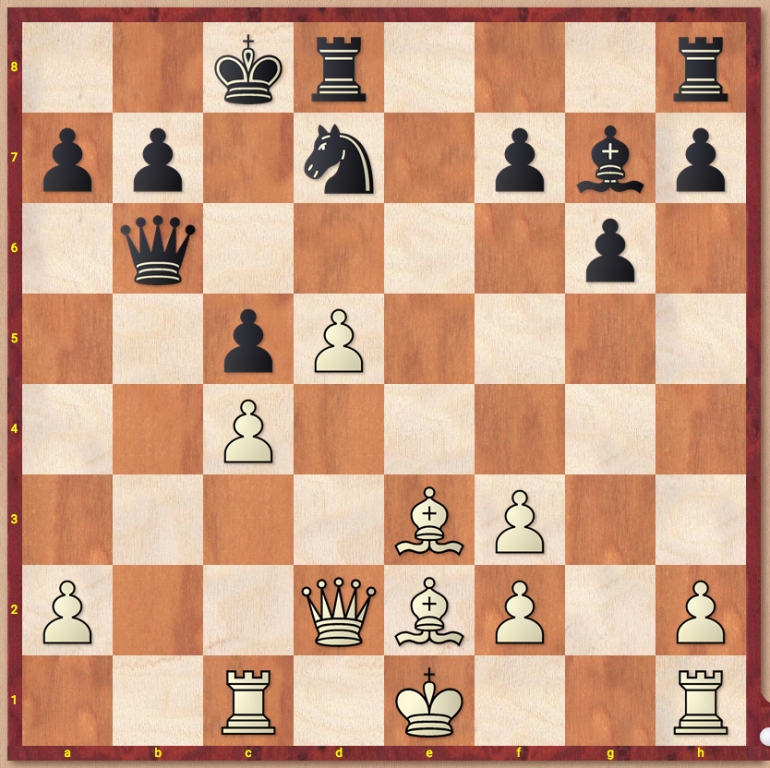 A rare oversight. White has a shattered kingside pawn structure, but it is hard for Black to attack on the kingside because of the bishops on e2 and e3, as well as Black’s own fianchettoed kingside pawn configuration. Meanwhile, the semi-open b-file should allow White’s queenside attack to get through faster. The Stockfish evaluation jumped from +0.0 to +0.6 after this move. 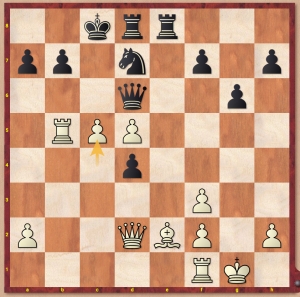 It was still not too late to play 20.Rfb1 with a slightly more comfortable position for White.

We both saw the resulting endgame (below) but assessed it differently, just like we both saw 20…. Rxe2! but assessed it erroneously. With the passage of time, it is hard to remember how the calculation and assessment error arose. After 20…Rxe2 21.Qxe2 Qxd5, I saw 22.c6 Qxc6 23.Rd1 Nc5 and thought White was better, but Stockfish’s estimation is that it is equal, and in fact White has to play carefully or else the passed d-pawn will win the game for Black. Also possible was to try to keep the c5 pawn: 22.Rd1 Ne5 23.Kg2 Nc6 but again Black is very comfortable. The move to try to change queens 22.Qe4?! is worse after 22….Ne5! 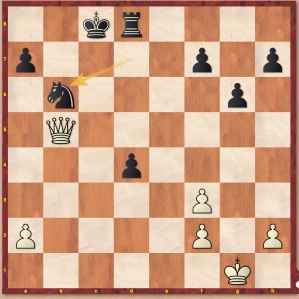 We both saw this endgame and aimed for it after 18.Rb5. I saw that the king was just in time to block the passed pawn at d1, and although the position seemed precarious – any protected check against the king on d1 meant that Black would win – felt that this was a position where White was the one who could play for 2 results because of the activity of the queen and the open position of the Black king. And indeed, the computer assesses it as +1.0 after a short period of time. But Wei Ming, of course, was still looking for a win here, and it did not help that I had become terribly short of time by this point.

Probably to anchor the knight on c4 if possible, but better was 29….f5 to make it easier to defend the kingside pawns while stopping any f5 break by White.

Jumping at ghosts. There was nothing wrong with picking up the f-pawn after 30.Qe8 Kb7 31.Qxf7 Rd7 32.Qe6. The Black pieces are tied down defending each other and unable to threaten the king on d1.

All about being active and setting up threats. But 30…Rd7 just holding the position was possibly better. Stockfish assess this as +0.8 in favour of White but I am not at all certain how to make meaningful progress if Black sits tight. 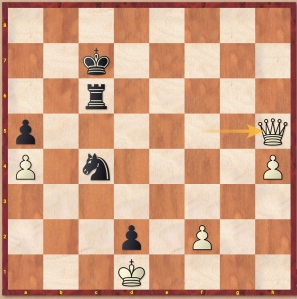 Now Black is completely lost but we were both down to increment time by now, and in the blitz shootout, I allowed Black to set up a configuration that allowed him to dislodge the White king and queen his pawn, and lost.