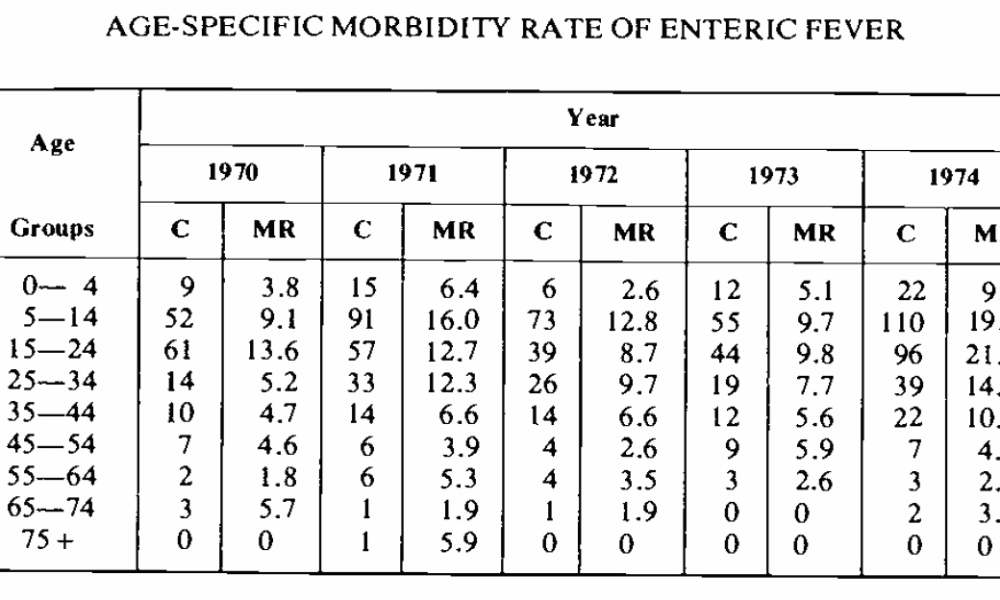 Typhoid, Singapore (Brief Notes from the Past)

While looking through old records for a project on the history of Middleton Hospital/Communicable Diseases Centre, we came across numerous references to enteric fever and typhoid in annual reports from the Ministry of Health, Ministry of Environment, and even those from the Medical Department in the Colonial Office (pre-independence) archives.

It was clear that starting from 1930 (and probably even before), enteric fever or typhoid (the two were used interchangeably in the early years) had become a significant public health issue. The problem was quickly linked to itinerant street hawkers, and the Municipal Commission had attempted to proscribe such hawkers in the 1920s and 1930s – particularly those that sold ice cream or cold drinks. Various succeeding administrations also tackled this issue through the next few decades although success came only after independence in the 1970s.

Middleton Hospital played two roles in the control of typhoid in Singapore – management of acute infections and screening of food handlers for carriage. There were 16 beds set aside for typhoid/enteric fever post-World War II, with hundreds of hospitalizations for typhoid each year well into the 1970s. With better sanitation and hygiene, removal of street hawkers, as well as various different innovative approaches to enteric fever control (below), typhoid fever rates fell dramatically from the late 1970s, reaching the point where we have become accustomed to not having local transmission or at least non-travel-related cases of typhoid.

Some of the approaches to typhoid fever control in Singapore were listed in a paper published by Dr Koh TS and Prof Goh KT in the March 1976 edition of the Singapore Medical Journal: