This rather interesting paper was brought to my notice earlier, but I could only read it today. Published in PLoS ONE this month by Australian authors using European data, Dr. Peter Collignon and his colleagues showed that the “quality of governance” (measured on a scale of 0-6 based on subjective assessment by experts on each country’s “control of corruption” from the Political Risks Services Group) correlated better with antimicrobial resistance rates than even gross antimicrobial usage itself. The two key graphs are shown below. 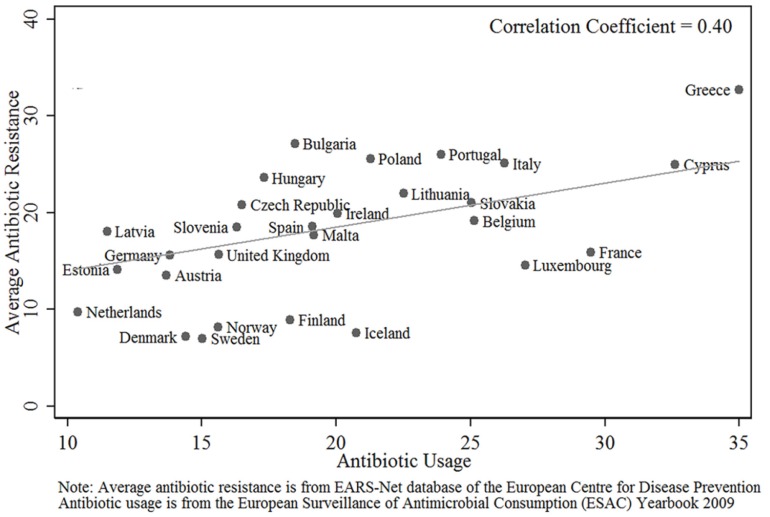 Correlation of antibiotic use and average antibiotic resistance in European countries. Chart from: http://journals.plos.org/plosone/article?id=10.1371/journal.pone.0116746 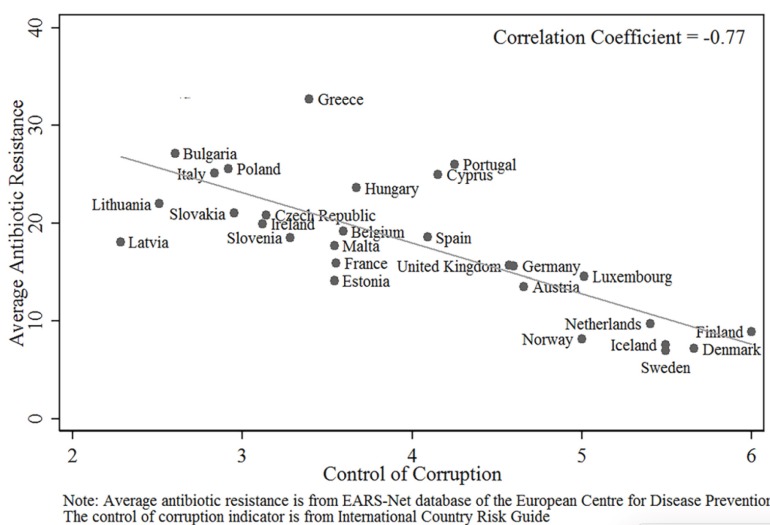 Strong negative correlation between control of corruption (quality of governance) and antimicrobial resistance in European countries. Chart from: http://journals.plos.org/plosone/article?id=10.1371/journal.pone.0116746

As the authors suggested, improved quality of governance at a country level may be fundamental to the control of antimicrobial resistance, with the depressing understanding that we would not be able to contain this problem without overall improvement in the control of corruption.