Shameless self-plug for a review article that colleagues in Asia and I published in Clinical Microbiology Reviews (behind the ASM pay-wall). The problem with estimates of antimicrobial resistance, particularly in Gram-negative bacteria such as   or Acinetobacter baumannii, is that they tend to be outdated by the time the papers are published. I am sure ours are no different. But the reviews does highlight the particular issue faced by those of us who live in these two regions of the world. 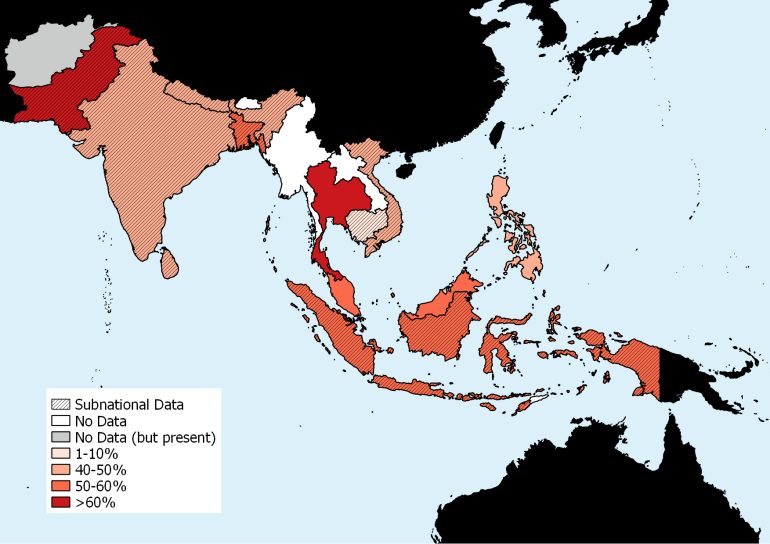 Major carbapenemases and estimated rates of carbapenem resistance among Enterobacteriaceae in South and Southeast Asia.

It is clear more and coordinated efforts are required if there is to be a chance of containing the spread of these bacteria in our part of the world. Many countries still lack comprehensive national surveillance of antibiotic use and resistance.