AMR in the news (Singapore)

I had the pleasure of reading about Singapore’s decision to develop a national action plan against antimicrobial resistance on the front page of the Straits Times yesterday. It is rare that antimicrobial resistance gets featured so prominently, so kudos to the Straits Times and reporters like Carolyn Khew who are willing to write about these issues. It is also good that people like Prof Paul Tambyah from NUS are willing to be quoted on this matter. 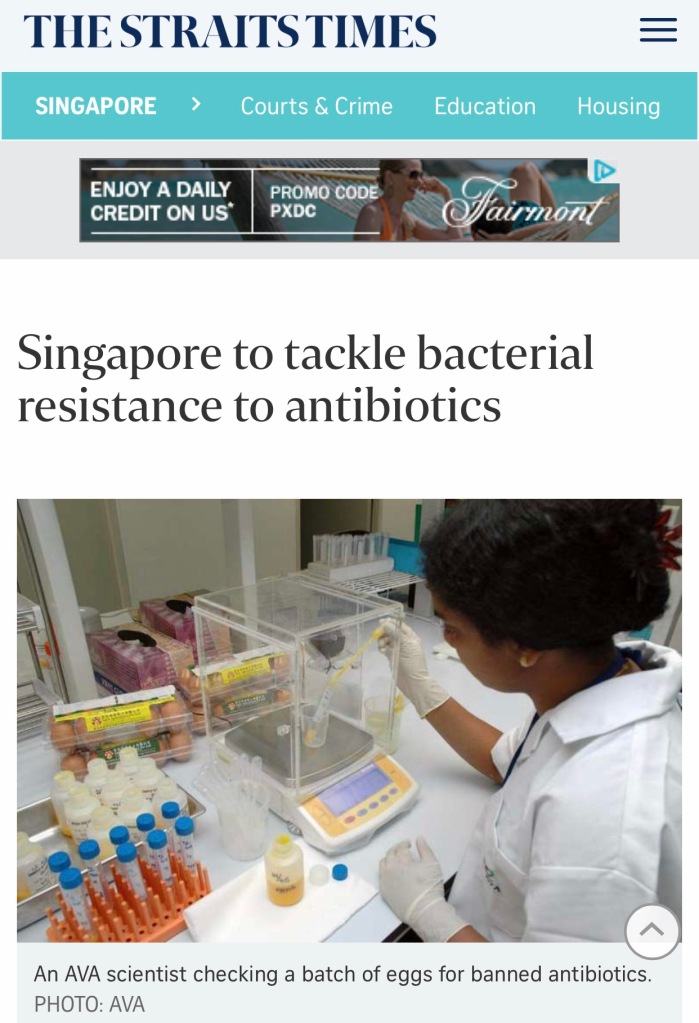 There were relatively few details about the national plan in question (our governmental agencies are traditionally tight-lipped unless it suits them to be otherwise), but a multi-agency effort is crucial, as antimicrobial resistance affects more than just human medicine. Tackling it at the level of hospitals and general practitioners only is in some sense far too late and achieves too little for the costs that are likely to be incurred. The Global Action Plan on Antimicrobial Resistance conceived by the World Health Organization and endorsed at the 2015 World Health Assembly can be found here (linking to it again) – it is a pretty comprehensive document that also makes a recommendation for antimicrobial resistance to be part of the school curricula, so hopefully the Ministry of Education in Singapore can also be engaged at some point in time.

Antimicrobial resistance is a huge and complex issue – one of the major defining challenges for infectious diseases in public health and clinical care. A national action plan will not make the problem miraculously disappear (or even put much of a dent in antimicrobial resistance rates in the short-to-medium term), but it will at least allow closer scrutiny and understanding of what has been an almost invisible issue, and provide a framework and resources for tackling it.