Had a little spare time on Tuesday, and visited this very small museum which is sited at St Mary’s Hospital in London. It was opened in 1993 with financial support from SmithKline Beecham (before the pharmaceutical company merged with Glaxo Wellcome to become GlaxoSmithKline), and the main attraction is the reconstruction of Alexander Fleming’s laboratory as it was in 1928 when he discovered the mould that made penicillin. 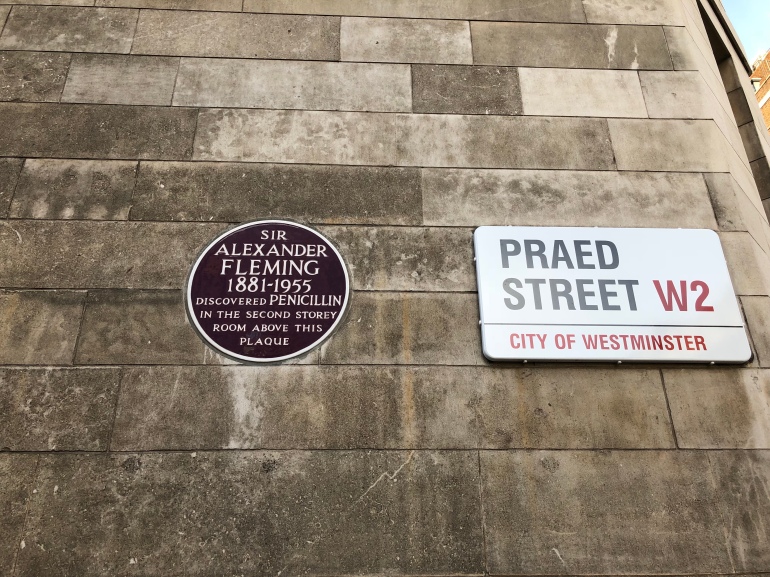 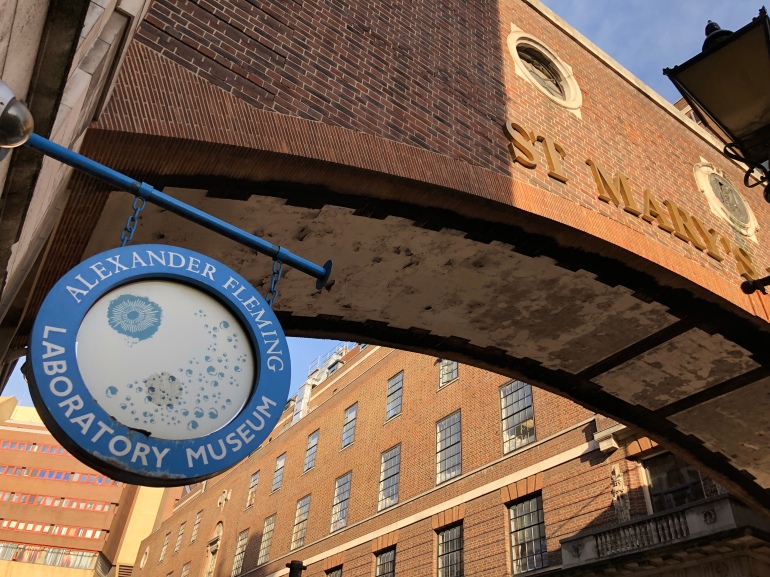 The rather cramped room – situated on the second floor of a hospital building, was indeed the actual room where Fleming worked between 1919 and 1933, but had been converted to a medical students’ call room for use during their midwifery posting (coincidentally one of the students to use this room was Fleming’s son Robert) before being turned into the museum. The picture below is taken from a postcard sold by the museum – no photography is allowed within its premises!

Amazingly quaint, the equipment of the past. Although I am old enough to remember glass beakers, old-style Bunsen burners, and glass flasks with chemicals.

One can also watch a short video within the museum premises detailing the description of penicillin’s discovery and subsequent use, with old footage of Fleming, Howard Florey, Ernst Chain and others. Below is a snapshot of Albert Alexander, the policeman who was the first patient treated with penicillin (he died when the initial small supply ran out – even after heroic efforts to extract the drug from his urine). There was also a story about a young child with a bacterial face and eye infection – the eye swelled to twice its size. The use of penicillin cured the infection, but the story had an unfortunate end, as the child died a few days later of a probable carotid blowout – the vessel wall had been injured by the infection and ruptured. 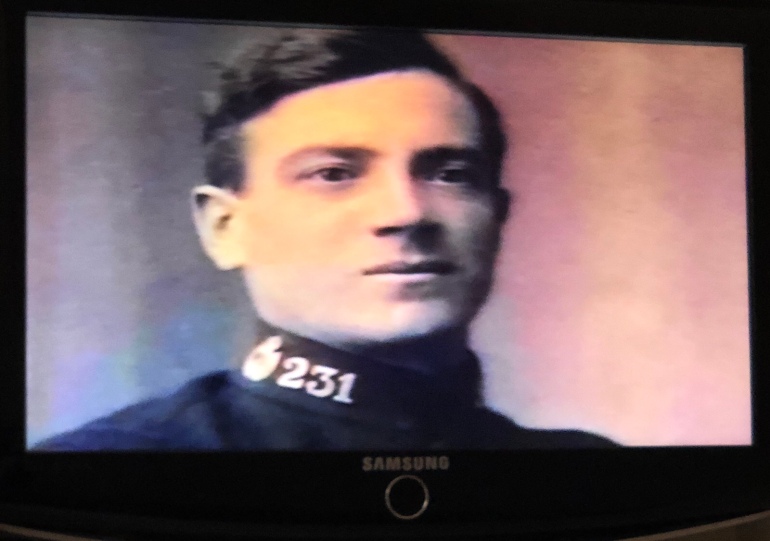 Near the museum, there is a church – St James Church Sussex Gardens – within which is a stained glass panel commemorating the discovery of penicillin. A unique tribute!

One little tidbit from the museum visit – while Fleming was made famous by the discovery of penicillin, he was apparently most proud of his other discovery – lysozyme.