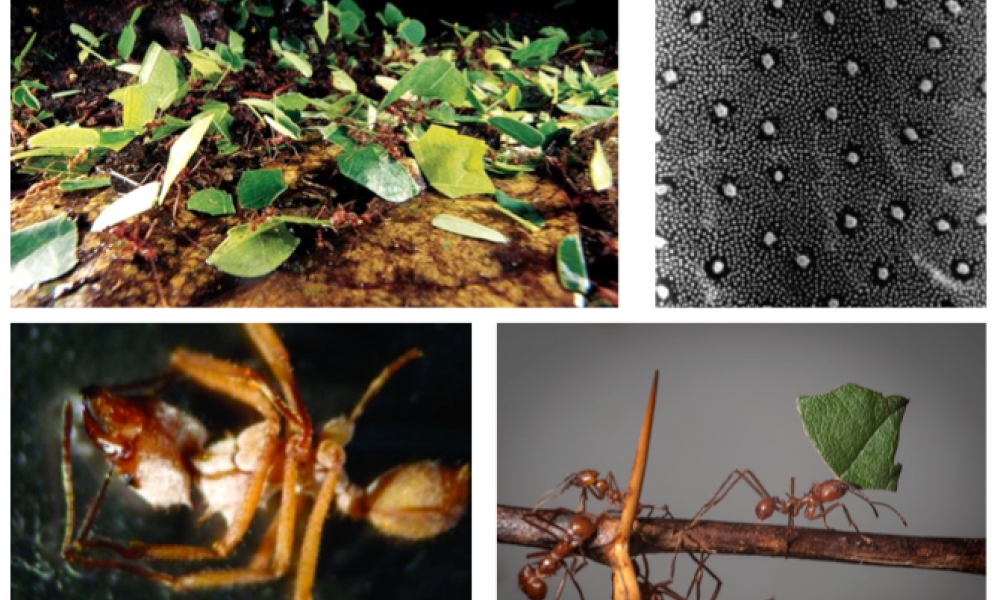 The “Paleontology” of Antibiotics and Antibiotic Resistance

While preparing for a recent talk, I did a brief search for articles on bacterial antibiotic resistance prior to the development of modern day antibiotics. We understand that bacteria predate humans by a few billion years, and many of today’s antibiotics are derived from molecules made by fungi (i.e. penicillin and cephalosporins) and soil bacteria (i.e. vancomycin, tetracyclines, and aminoglycosides) to compete against one another. The genes for antibiotic resistance and pathways for evolving resistance to antibiotics (and other noxious compounds) are therefore already present in bacteria prior to the existence of humans. Horizontal gene transfer permits the sharing of these antibiotic resistance genes between bacterial species in the environment, or within multicellular organisms such as animals and us humans. Successful transference and  subsequent dissemination of pathogenic bacteria then result in the phenomenon of drug-resistant infections that so concern us today.

There are several pieces of academic work – both paleontological and archaeological – that demonstrate how ancient bacterial antibiotic resistance is. The majority are summarised in this excellent 2016 article in Cold Spring Harbor Perspectives in Medicine.

Dr Vanessa D’Costa and team’s work – published in Nature in 2011 – on Late Pleistocene frozen permafrost sediments from near Dawson City, Canada found genes that encoded resistance to beta-lactams (i.e. penicillins), tetracyclines and glycopeptides (i.e. vancomycin), suggesting that bacterial antibiotic resistance was at least 30,000 years old. Perhaps the most interesting finding was that of gene fragments spanning across the virtual length of the modern vanA gene – found in enterococci globally (even in Singapore) and which confers resistance to vancomycin.

A subsequent study by Dr Gabriel Perron and team showed that bacteria revived from Canadian Arctic permafrost, albeit from a more recent era (Holocene – 5,000-6,000 years), also harboured antibiotic resistance genes (again to beta-lactams, aminoglycosides and tetracyclines) and were phenotypically resistant to these antibiotics. 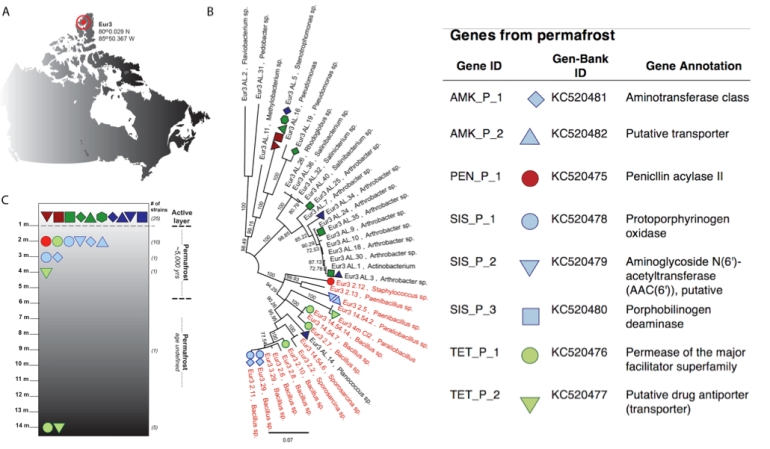 Composite image from figures from Perron’s published work in PLoS ONE, 2015.

There was a later publication from China (behind the Elsevier paywall), looking at glacial soil and samples from the Chongce glacier from the Tibetan Plateau as well as permafrost sediments from Heihe river basin. Unfortunately or fortunately, the investigators also looked for antibiotic contamination of their samples, and found the presence of modern-day fluoroquinolones in all samples.

Intrepid investigators obtained soil samples from the Lechuguilla Cave in New Mexico, USA, which had been isolated from the surface for a period of 4-7 million years. As might be expected after the above examples, a significant proportion of culturable bacteria were found to be resistant to many modern-day antibiotics. Note that these are “current-day bacteria” as opposed to the prior studies on permafrost, where bacteria are naturally frozen from thousands of years in the past.

Screenshot from Bhullar’s publication in PLoS ONE on drug-resistant bacteria from the Lechuguilla Cave, USA.

This last bit is not about antibiotic resistance, but antibiotic use. It turns out we are not the first multicellular organism to use antibiotics for agriculture. That distinction belongs to the Atta leaf-cutter ants. In one of the best known examples of mutualism believed to date back 50 million years to the Amazon basin, leaf-cutter ants cultivate fungi belonging to the Lepiotaceae family for food (the ants are unable to survive without the fungus – new queen ants leaving their nests will carry a fragment of the fungus with them to form new nests and new fungal farms). But they also cultivate bacteria (Pseudonocardia spp.) in a second mutualistic relationship that produce antibiotics directed against the parasites of the fungus (Escovopsis spp. – themselves microfungi). The interplay between resistance to these antibiotics and impact on the ant colonies is a microcosm of the impact of antibiotic resistance on us.

Series of images from Wikipedia, Smithsonian, and OpenI. Note the bottom left and top right images, showing an ant covered with Pseudonocardia biofilm, and a scanning electron microscopy image of crypts on the ant cuticle where the bacteria are “housed”.