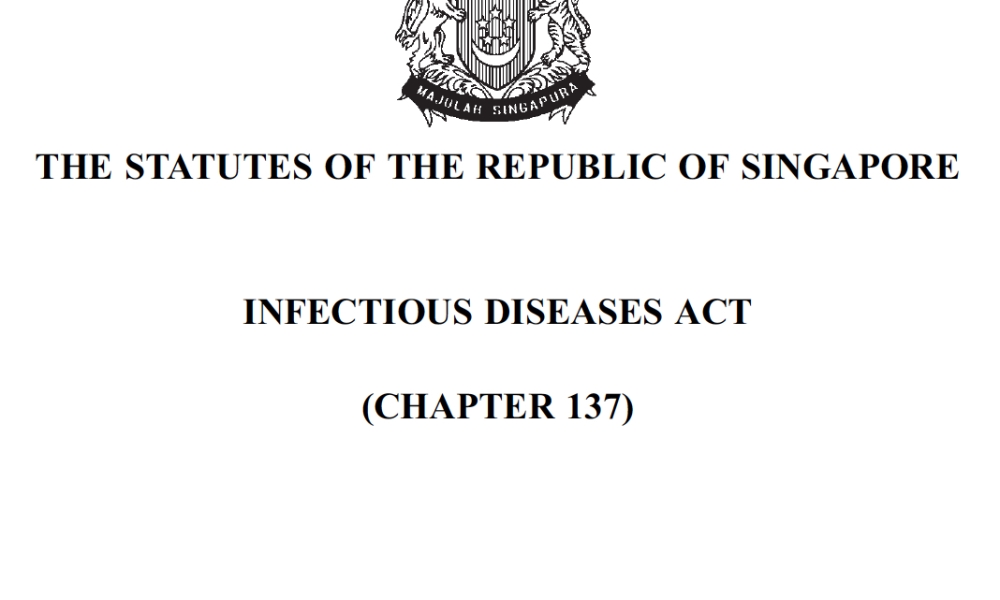 Last Tuesday, the Ministry of Health announced a public consultation on their proposed amendments to the Infectious Disease Act, which received its last major update in 2008. The legal and lay documents detailing the amendments are available here. Several experts have provided quick opinions and soundbites, including a formal opinion piece in the Straits Times. The cut-off date for feedback is 7 August at 6 PM. 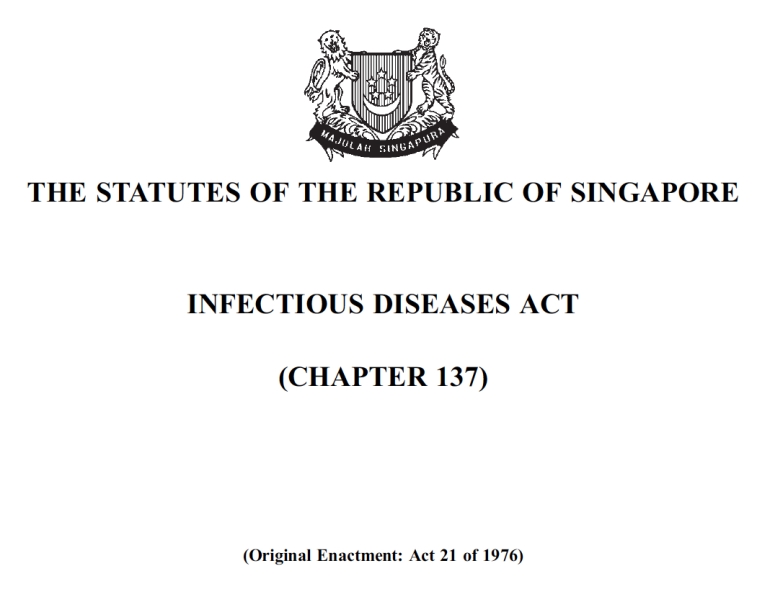 Infectious disease control legislature tends to attract less public interest and scrutiny compared to others. Even the ban on e-cigarettes attracted more news and opinions published online and in the mainstream media. Yet at heart – similar to other public health legislature – they represent a decision on public security, individual/civil liberty, and perhaps even societal aspirations that are sometimes framed (perhaps unnecessarily and erroneously) as trade-offs between one or the other. In general, polls in many countries have shown that people are willing to accept constraints on individual liberty if the public health/security need was communicated well and the interventions were believed to be reasonably effective. The latest such study in Singapore specifically on infectious diseases was published in BMJ Open earlier this year.

In this respect, a quick review of the proposed amendments (ploughing through considerable “legalese”) gives an overall impression of a more calibrated approach to the control of infectious diseases compared to the prior version. There does not appear to be a greater imposition on individual liberty/privacy at the expense of nebulous security from infectious diseases (in some respects, there are potentially fewer impositions). Some disease advocates (such as HIV) may perhaps have wished that that the respective sections of the ID Act had been updated as well – hopefully the public feedback provided will actually be largely available for public viewing after 7 August.

So, do send any feedback on the proposed amendments to ida_public_consult@moh.gov.sg