Spent an interesting 3 days in the capital of Lao PDR, which is a relatively small city with just under 800,000 inhabitants. Photos below.

First time in Lao PDR, and first time I have set foot into a Singapore embassy (or met a current Ambassador – who was very encouraging and welcoming)! 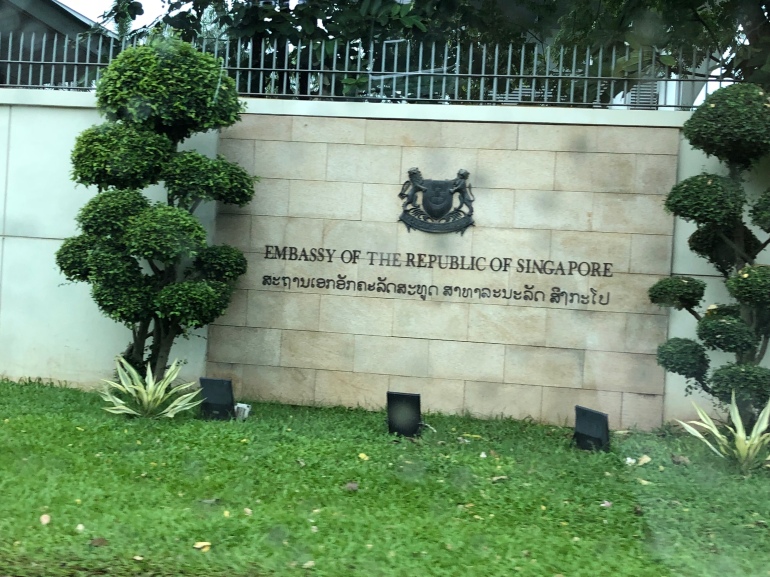 It took some effort to find the new Maternal and Child Health Center, where we met the very impressive director, Dr Anonh Xeuatvongsa, who has done much to document and improve maternity and vaccination services in Laos.

After visiting the Lao Tropical and Public Health Institute, we popped into a random pharmacy near our hotel and found that we could purchase a variety of antibiotics and antivirals off the shelf (later, we were told that one could even purchase IV antibiotics such as meropenem from some of these pharmacies without prescription). This is quite common in many countries in Asia where access to life-saving antibiotics has to be balanced against excessive antibiotic use.

We also had a chance to visit the Institute Pasteur Lao.

Probably the most interesting visit was to the Lao-Oxford-Mahosot Hospital Wellcome Trust Research Unit (LOMWRU). They also serve as the clinical microbiology laboratory for Mahosot Hospital and have 3 goats on staff from which blood is drawn for the making of blood agar plates.

Blood cultures from several provincial hospitals are also sent to LOMWRU for processing, held in PVC containers (made from plumbing) which are placed in locked boxes and delivered (free) by bus drivers. 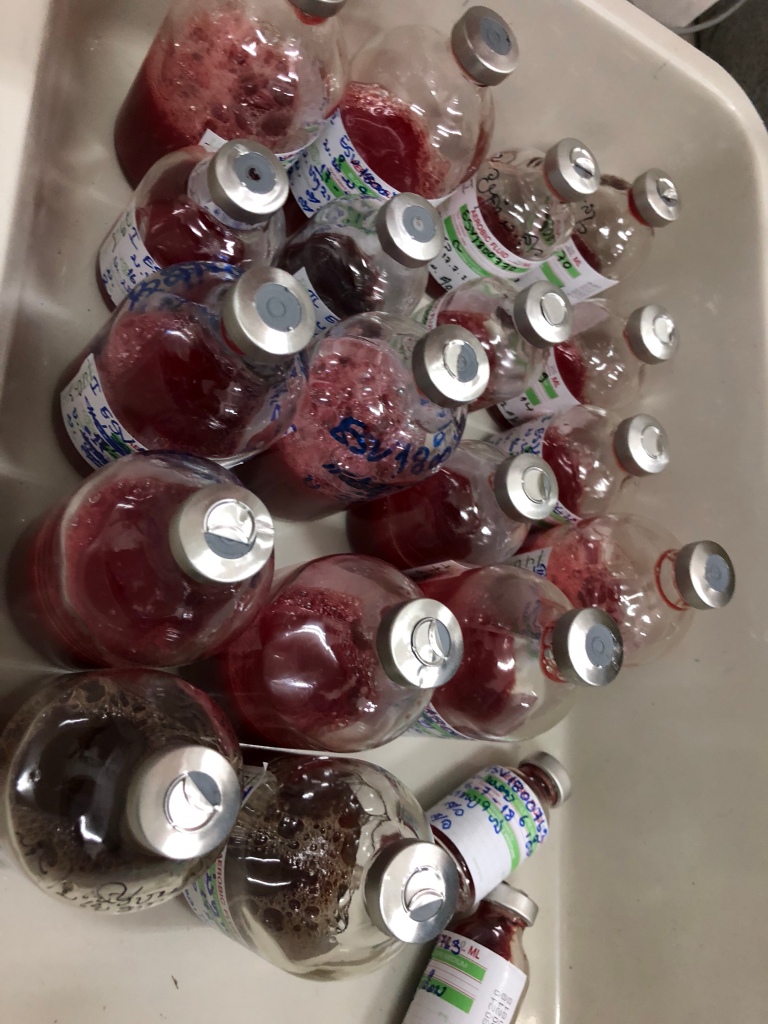 The hospital itself has a long and interesting history, comprising buildings and systems that were separately funded and set up by the French, British, Russians and Americans. However, it will be torn down in a few years and rebuilt with more modern facilities using primarily Chinese money. 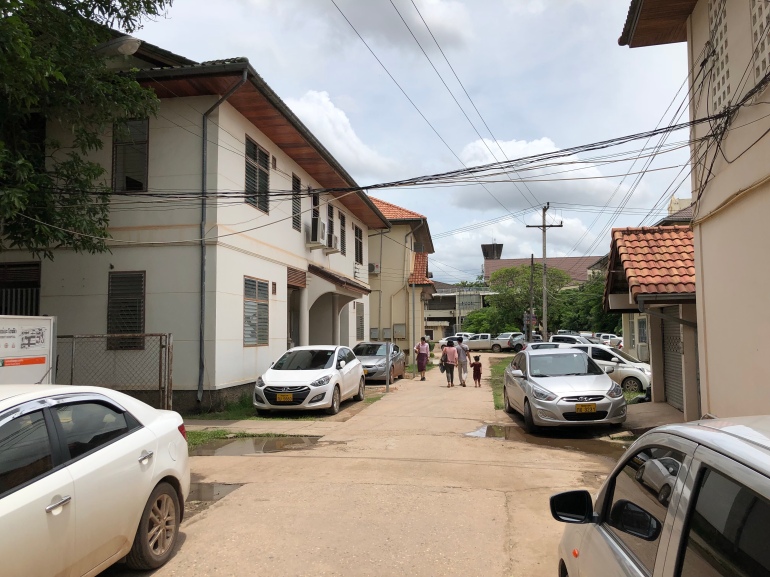 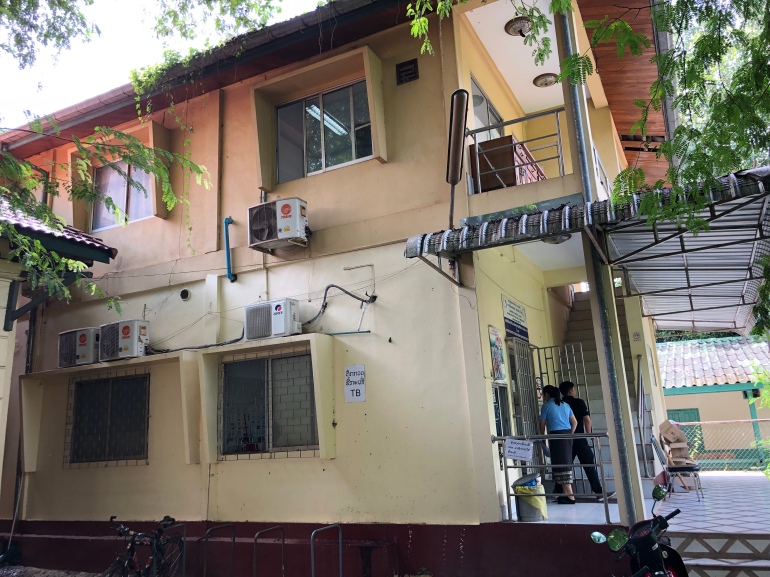 LOMWRU was set up in 2002 and has performed a lot of groundbreaking research that has led to a better understanding of many diseases in Lao PDR.

LOMWRU team. Note the 3 goats at the bottom.

We were hosted by Prof Paul Newton, who has been the face of LOMWRU virtually since it’s formation. He had 3 rather stained specimen jars on his desk with fascinating back stories. The jar I did not take a photo of contained wild forest bananas, which if consumed in sufficient quantities resulted in the formation of phytobezoars with subsequent vowel obstruction. 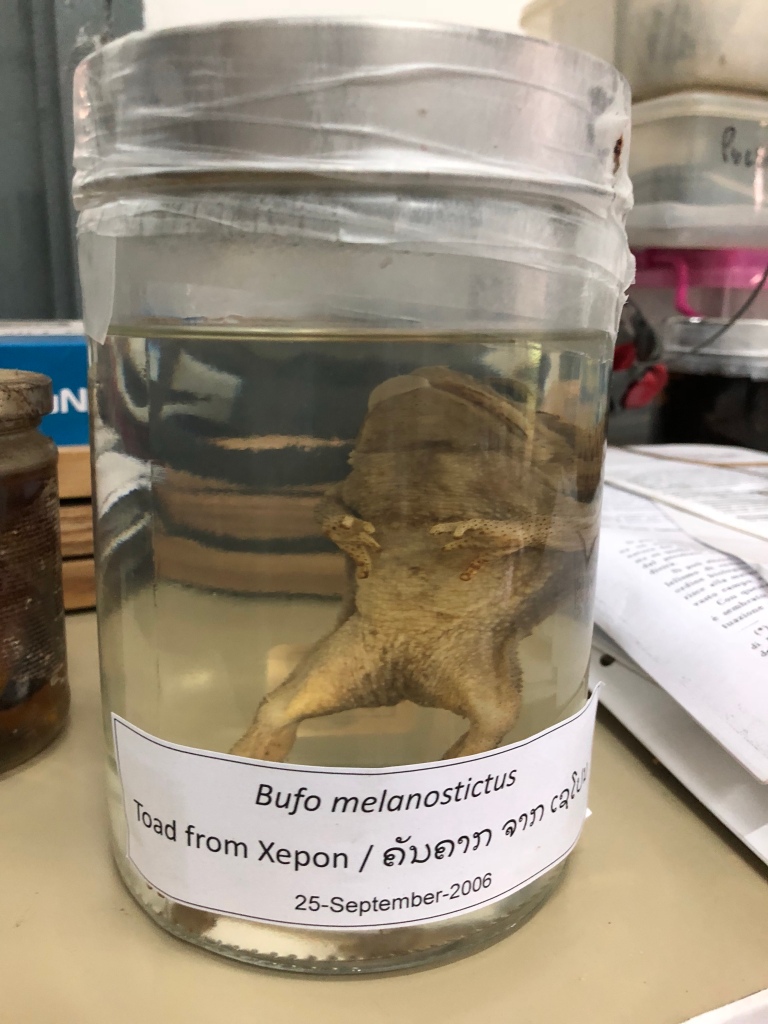 This toad is occasionally consumed by villagers who fail to remove its skin and eggs, which contain a poison that is remarkably similar to digoxin (from the foxglove plant), and in fact result in high blood digoxin levels when tested.