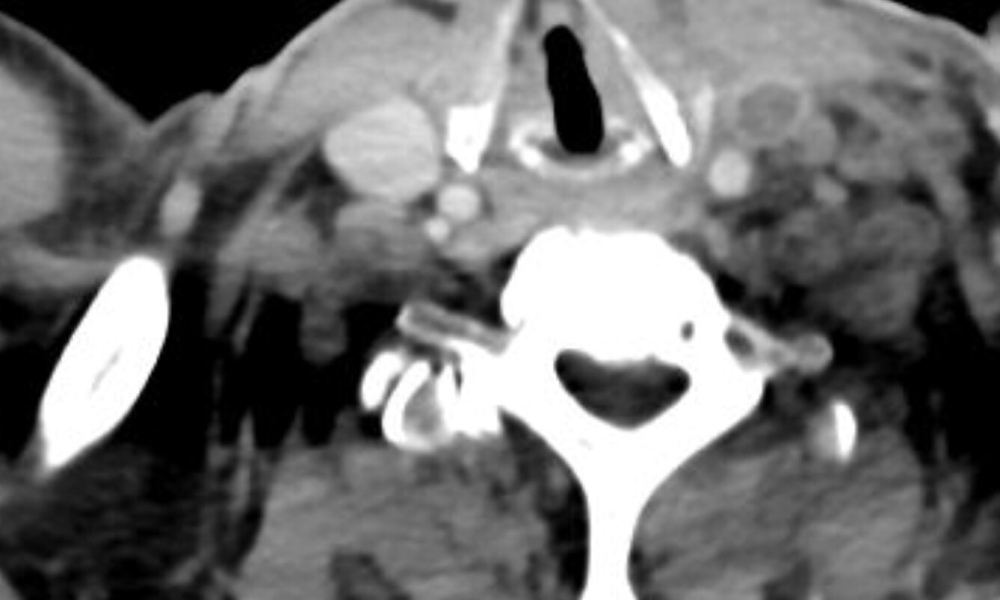 A previously healthy young man (early 20’s) presented with severe left-sided sore throat, followed a day later by fever with chills, for 4 days. This was accompanied by lethargy and complete loss of appetite. He had seen a family doctor on the first day and was prescribed painkillers and antipyretics without significant relief.

On clinical examination, he appeared toxic-looking, markedly jaundiced, and had left neck tenderness, although his throat was not injected and had no palpable nor tender liver.

Investigations showed neutrophilic leukocytosis (WBC of 24K), cholestatic jaundice, as well as a high CRP of 217 mg/L CT of the abdomen was normal, but the following was seen at the neck and thoracic inlet. 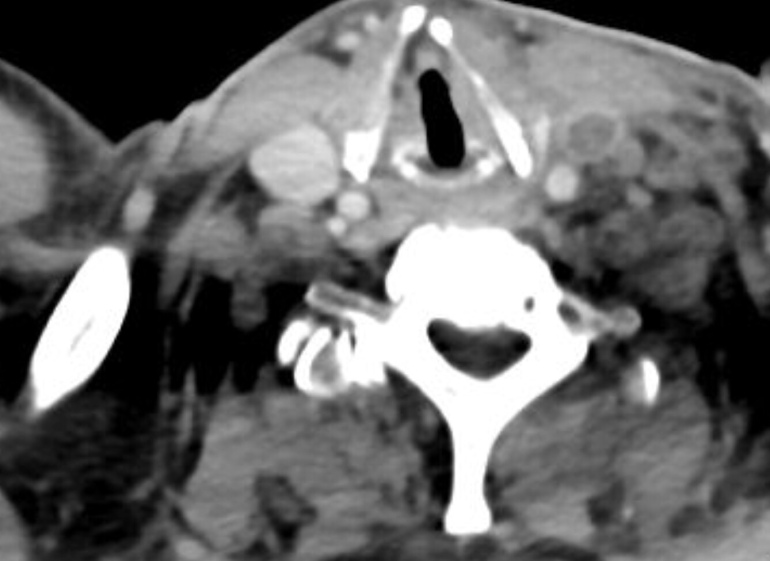 What is the diagnosis and the most probable causative organism?

The CT image showed thrombosis of the left internal jugular vein. Given the history of sore throat, fever with chills, as well as the findings of left neck tenderness and jaundice, the diagnosis is Lemierre’s syndrome, named after the French professor of bacteriology who described the clinical syndrome in a seminal Lancet paper in 1936. The most common cause of this disease is Fusobacterium necrophorum, although multiple other organisms can also cause internal jugular vein thrombophlebitis.